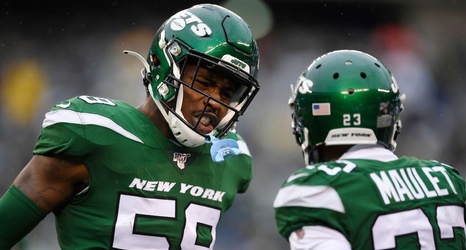 James Burgess Jr. was cut by his hometown team, the Miami Dolphins. So began his remarkable journey on the margins of the NFL, a four-year whirlwind of practice squads, free-agent workouts, canceled flights, short hotel stays, cold shoulders and seemingly constant rejection.

Burgess, now a starting inside linebacker for the New York Jets, has been released eight times by six teams. Imagine being told that many times by an employer that you aren't good enough. Would you pack it in? Would you look for another line of work? Burgess, 25, never thought that way because his only dream was to be like his father, James Burgess Sr.