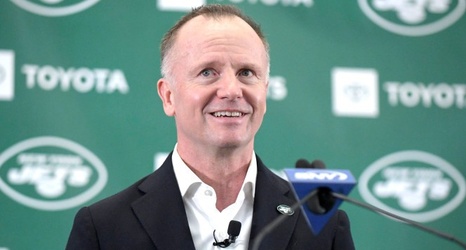 Jets chairman and CEO Christopher Johnson sat in a board room at team headquarters last Dec. 31, facing a group of reporters. Johnson had fired coach Todd Bowles the night before, and now he was outlining what he wanted in a new coach.

“If you make it here, you’re a freaking legend,” Johnson said that day, sounding a bit like Frank Sinatra. “That counts for something.”

Johnson could have also been talking about himself.

Woody Johnson’s 60-year-old kid brother has been minding the store for two years now while Woody serves as the U.S. ambassador to the United Kingdom.