Can Trevor Lawrence succeed with an under-tooled New York Jets offense in 2021? 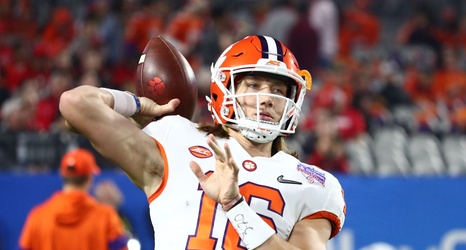 For the New York Jets, 2020 was supposed to be the next chapter of growth and progress for a team that’s struggled to garner much success over the last decade. After drafting Mekhi Becton with the 11th overall pick in the draft as well as acquiring a handful of offseason additions for their offensive line and wide receiver unit, the Jets theoretically were in a position to have a slightly better season than they did in 2019, especially with most of their previously injured players making their return this year. On top of that, Sam Darnold was about to enter his third season with a stronger supporting cast and, with two tough years filled with plenty of learning experiences, was finally going to put it all together and show the Jets why they drafted him third overall in 2018.