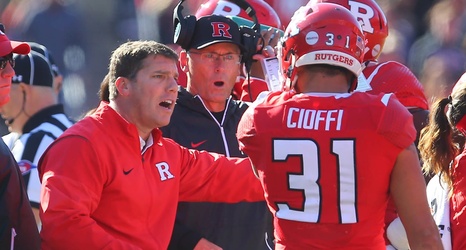 Anthony Cioffi was just your typical Jersey boy. Except he’s a freak athlete. Oh, and he was a 2012 state champion in the 100-meter dash, excelled at football, and earned honors there. Ultimately, he ended up at Rutgers and, you guessed it — excelled there with 122 tackles, eight interceptions, and 2.5 sacks in 122 games. Surprisingly, he went undrafted and signed with the Raiders following the 2017 draft. Cioffi didn’t make the team out of training camp and ended up in the CFL. While there, he made a name for himself.