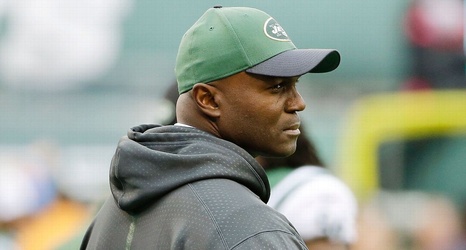 New York Jets coach Todd Bowles underwent surgery after the season to have a benign mass removed from his throat, he told reporters Wednesday at the NFL scouting combine.

Bowles, 52, said it was "almost the size of a golf ball," according to NJ Advance Media. The coach said he's "fine," and that he won't require any post-surgical treatment because it wasn't malignant.

It was discovered during the season -- his first with the Jets -- but he was assured by doctors there was no reason to be alarmed. At that point, he decided to wait until after the season to have it removed.