Black cat from MNF still on the loose at MetLife Stadium 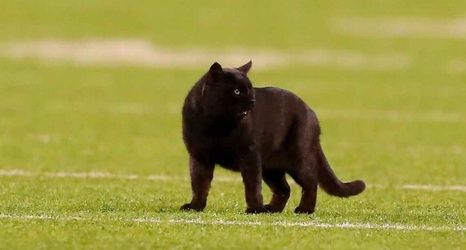 EAST RUTHERFORD, N.J. -- The elusive black cat from "Monday Night Football" is still on the run.

MetLife Stadium officials said Thursday the search for the fleet feline that briefly delayed the nationally televised game between the New York Giants and Dallas Cowboys on Monday night has been unsuccessful.

The search started on Tuesday morning with multiple humane traps being stationed in the stadium. After that came up empty, stadium officials asked PuppykittyNYCity -- a trap, neuter, release and no-kill shelter -- for help.

"We are hopeful that together we can find the black cat that we all fell in love with Monday night," the stadium statement said.