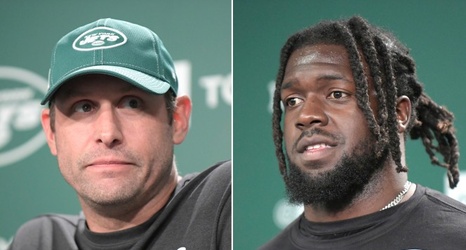 The Jets may not yet be done finding their final 53-man roster for Sunday’s season opener against the Bills, but after a weekend of cuts, waiver claims and more cuts, one move stood out among the rest.

Outside linebacker Jachai Polite, the Jets’ third-round pick in April, is now in Seattle on the Seahawks’ practice squad.

“We felt like the roster we ended up with, that was our best 53,” head coach Adam Gase said Monday in his first comments since Saturday’s cuts.

As for why Polite was not included in the best 53, Gase was less definite.