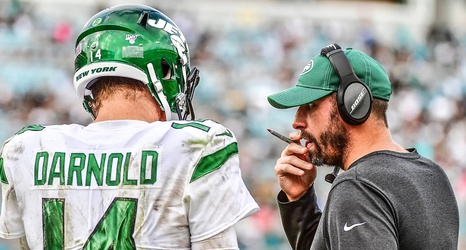 Denzel Mims, Breshad Perriman and Jamison Crowder stepping on the field as a package certainly changes things a bit. From a dormant offense to a Monday night explosion against the Patriots, suddenly, veteran Joe Flacco has enjoyed a slight rebirth.

Then, after a puzzling half of football that saw the New York Jets offense revert back to its casual and conservative ways, Flacco and his crew did more downfield damage. Mims went for 72 yards on three grabs, Perriman snagged a 49-yard score and even Chris Herndon emerged from his own personal witness protection program to make his greatest receiving impact of the season.