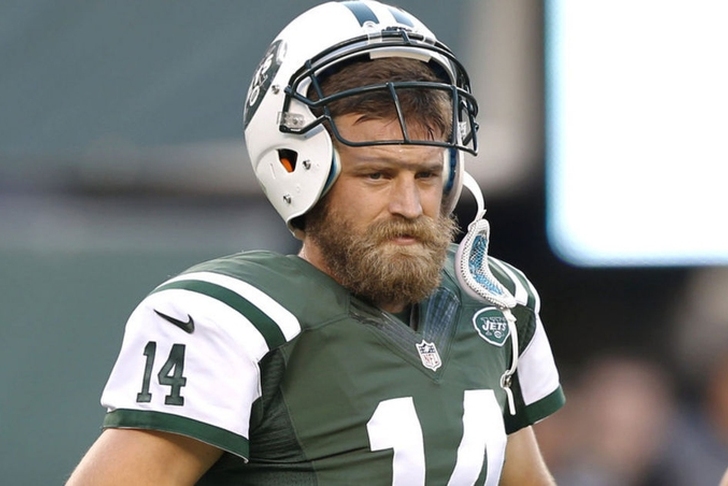 It sure wasn't pretty, but the New York Jets added another notch in their potential playoff berth cap on Saturday night with a gutsy 19-16 road victory over the Dallas Cowboys -- their fourth straight win overall.

Surviving a dead-to-rights running game, three lead changes and a game-tying Dan Bailey field goal with just under two minutes to go in regulation, Jets QB Ryan Fitzpatrick connected with WR Kenbrell Tompkins on a 42-yard strike to the Cowboys 26 with about 90 seconds remaining.

New York played it conservative from there, setting up Randy Bullock's go-ahead 40-yard field goal with just over 40 seconds remaining. Cowboys QB Kellen Moore, who replaced Matt Cassel early in this one, threw a game-icing interception with time dwindling to cement yet another frustrating loss for the defending NFC East champions.

With the defeat, the Cowboys are officially eliminated from playoff contention at 4-10. They've also cemented their first season with double-digit losses since 2010. The Jets, on the other hand, improve to 9-5 and move into sole possession of the #5 seed in the AFC for now.

The Jets benefited from four Dallas turnovers -- all interceptions. The aforementioned Cassel was lifted after an awful pick where he attempted to force a pass to the near sideline while falling backwards. Moore didn't do much better as his replacement, throwing three costly INTs which kept the Cowboys from capitalizing on an inconsistent night for the Jets offense.

Jets QB Ryan Fitzpatrick had a solid performance himself, completing 2/3 of his passes for 299 yards, one touchdown and one interception. However, New York's running game couldn't keep drives alive, rushing for just 73 yards on 26 carries. However, none of that matters as one huge Fitzpatrick to Thompkins connection was enough to put the Cowboys away.

Darren McFadden rushed for 100 yards on 16 carries in the Cowboys loss.

New York will look to extend their current win streak to five games when they host the New England Patriots next Sunday. The Cowboys will look to avoid a third straight loss when they visit the Buffalo Bills on the same day.