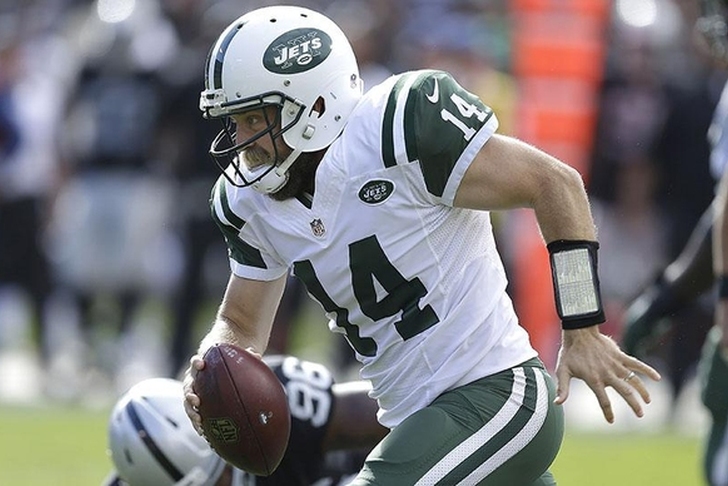 Fitzpatrick was officially ruled out for the rest of the team's game vs. the Raiders with "ligament issue" in left thumb, per head coach Todd Bowles.

However, with Geno Smith forced into action and the team's playoff hopes on the line, it appears the Jets aren't willing to wait on Fitzpatrick's full prognosis before looking for alternative options.

Per source, Jets already are making calls about potential quarterbacks who may be available to be signed or traded.

The Jets are 4-2 as of this writing, but are trailing the Raiders big in Oakland. Even with a loss, New York would be entrenched in the sixth spot of the AFC playoff ladder -- 1/2 game ahead of the 4-4 Pittsburgh Steelers.

It is unclear of this writing which quarterbacks the team may be targeting, but speculation has both Texans QB Ryan Mallett and Browns QB Johnny Manziel as two of the top names which could be available before Tuesday's NFL Trade Deadline.