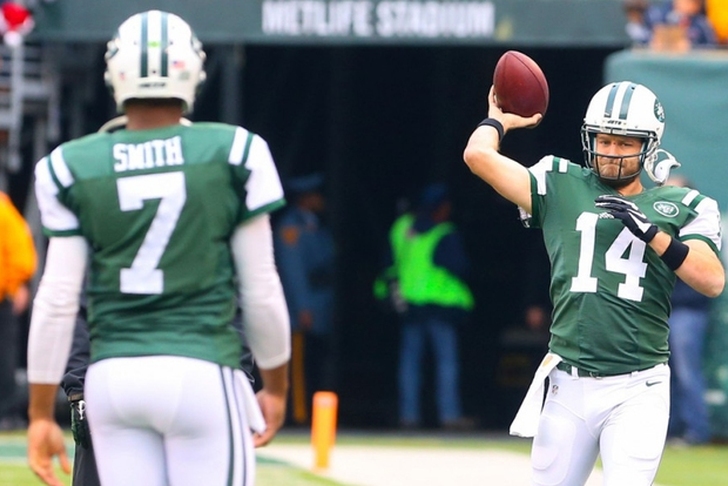 The Ryan Fitzpatrick Era in New York might be over. The New York Jets are expected to name Geno Smith their new starting QB Wednesday, reports Adam Schefter.

Fitzpatrick has struggled this year with turnovers. He's completed just 57 percent of his passes, with 5 TDs against 11 INTs. Fitzpatrick leads the NFL in INTs, with no other QB recording more than eight.

He was replaced by Smith during Monday night's loss to the Cardinals. The Jets are 1-5, and don't have much to lose by starting Smith at this point in the season. The former second round pick was 4 of 6 for 31 yards and an INT against the Cardinals.

The Jets also have Bryce Petty and Christian Hackenberg on the roster.