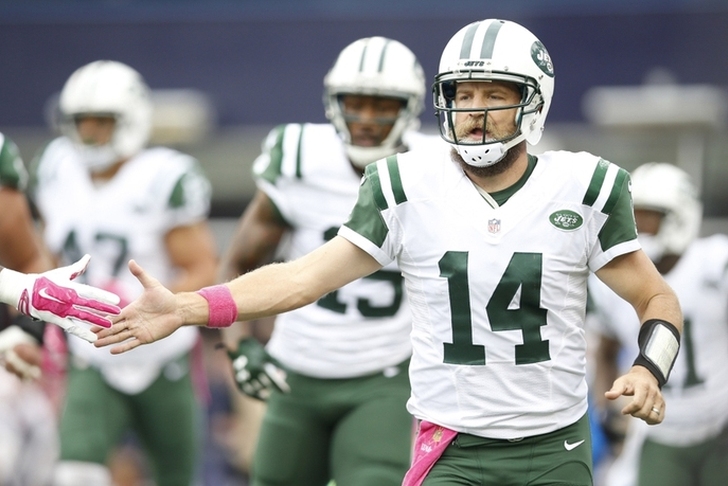 At long last, the New York Jets and QB Ryan Fitzpatrick have agreed to a contract. It's a one-year deal for the veteran QB that ends a long contract dispute.

The two sides had been unable to come to terms on a contract agreement, with the Jets offering a three-year, $24 million deal. Of that $24 million, $12 million came in the first season, and that's what the Jets and Fitzpatrick agreed to. If Fitzpatrick has another quality season next year, the two sides could go through this ordeal all over again.

The Jets have Geno Smith, Bryce Petty and Christian Hackenberg also on the roster. The re-signing of Fitzpatrick could cost either Petty or Smith (likely Petty) a roster spot. Hackenberg was the team's second round pick this year, so he'll make the roster.

A journeyman who has played for six different teams in his 11-year career, Fitzpatrick is coming off one of his best seasons. He nearly led the Jets to the playoffs, completing 59.6 percent of his passes for a career-best 3,905 yards and 31 TDs.