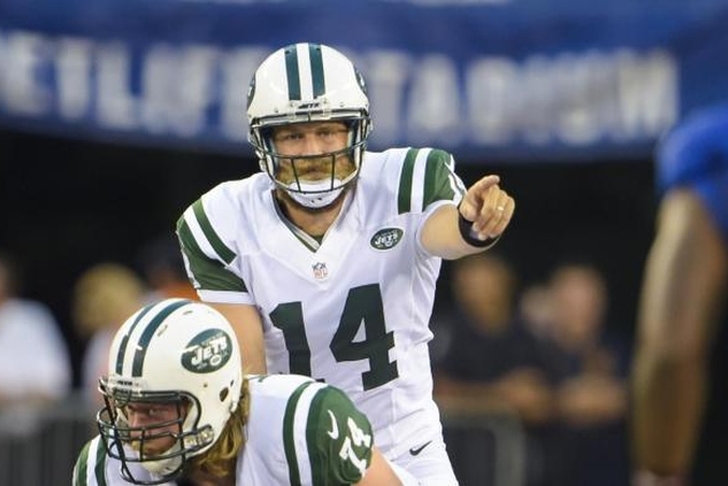 The New York Jets knocked off their intra-city rival New York Giants thanks to a 10-point, fourth-quarter comeback, capped off with a field goal in overtime to win 23-20. Here's everything you need to know from the game:

The Giants lost yet another game when holding a double-digit lead in the fourth-quarter, marking the third time they've done that this year. it's also the fifth fourth-quarter lead of any size they've given up.

New York Jets quarterback Ryan Fitzpatrick threw for 390 yards in this one, the second-highest total of his career.

The Giants have now fallen out of first place of the NFC East with the loss. They trail the 5-6 Washington Redskins by half a game.

"Our team put a lot into this. They worked very hard for this. We were in a good position and we didn't finish." - Giants head coach Tom Coughlin.

"Our record is better than theirs, what statement did that make? We were down both CBs, still won" - Jets defensive lineman Sheldon Richardson.

The Giants desperately need to find a lead running back. They were limited to just 74 yards on the ground in this one, averaging 3.1 yards per carry, and no one ran for over 23 yards. That inability to run the ball didn't allow New York to salt the game away in the fourth quarter, which ultimately resulted in a loss.

The Jets may have an offense that can match their defense. New York's defense has been their calling card all season long, but it was their offense that won this game for them. They gained 463 yards of total offense, 373 of which came through the air. Running back Chris Ivory has carried the offense all season, but if Fitzpatrick and the passing game can continue to produce like this, the Jets might make some noise this postseason.