With Little Cap Space, Here Are 5 Realistic Free Agent Targets For The Jets 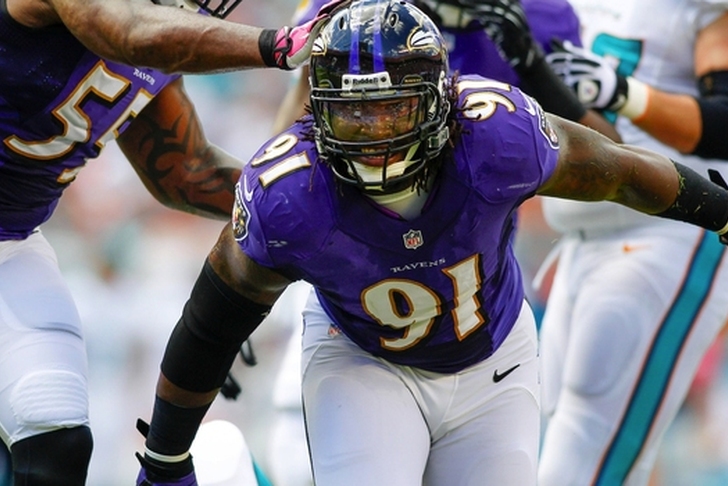 The New York Jets failed to make the playoffs last season, coming up just short of a wild card berth. The Jets are close to being a playoff team, but still have several needs that must be filled, in either the draft or free agency. With the draft still months off, free agency is the more immediate way of addressing those needs.

This list only factors in free agents that didn't play for the Jets last season. So while the Jets will likely bring back QB Ryan Fitzpatrick, he and the other New York free agents won't be appearing here. While getting Von Miller would be great, he's not going to hit the open market. This list focuses only on players who could actually end up in contract talks with New York. The Jets have, at the moment, just over $13 million in cap space. But that number doesn't include the money likely going to Fitzpatrick and the franchise tag for DE Muhammad Wilkerson. That means money won't be an issue if the team wants to land anyone. With that in mind, here are five free agents the Jets could realistically land this offseason. The Jets are holding out hope that Jace Amaro can actually start to contribute, but at this point, he's started just 4 of the 14 games he's played in. Allen is an impending free agent, and he'd provide a better option than Dustin Keller, who is also a free agent. Allen is likely looking for a short-term, prove-it deal so that he can cash in on a bigger contract after playing sparingly with the Colts. Perhaps the Jets can provide that.

Barksdale is only 27 and is coming off a solid season. However, he will likely be cheaper than the other big name tackles on the market. The Jets could use an upgrade over Breno Giacaomini, who struggled last year. That makes the Jets a ideal match for Barksdale, although his price could jump if more teams show interest. For more Jets News, download the Chat Sports Android and iPhone app.

Antonio Cromartie is a likely cap cut, since the Jets will save $8 million by dumping him. But that means another CB is needed and the Jets won't have the space to sign a big-name player. Robinson actually played pretty well for San Diego last season, and could parlay that into a bigger deal this year. But he'll still be cheaper than the top-tier CBs, making him a possible fit for the Jets.

Brown is a former second round pick, and he's showed promise at times in his NFL career. He's a free agent and might not want to return to the Titans after they benched him last season. The Jets need upgrades at MLB, with Demario Davis a free (who struggled last year) and David Harris on the decline. Signing someone like Brown, who won't be as expensive as Jerrell Freeman, is a possibility. For more Jets news, download the Chat Sports Android and iPhone app. 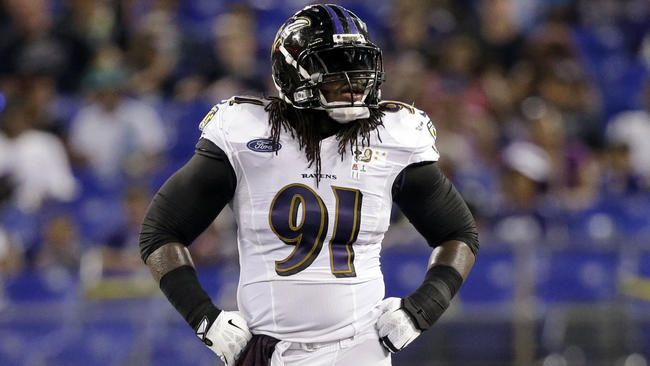 The Jets need pass rushing OLBs, as the team doesn't really have anything at the position. Upshaw has struggled in his NFL career, but there's still some upside there. He'd be cheap as well, and the Jets just don't have the money to go out and sign a top-flight pass rusher. Upshaw would be a reclamation project, but he fits money-wise with New York.