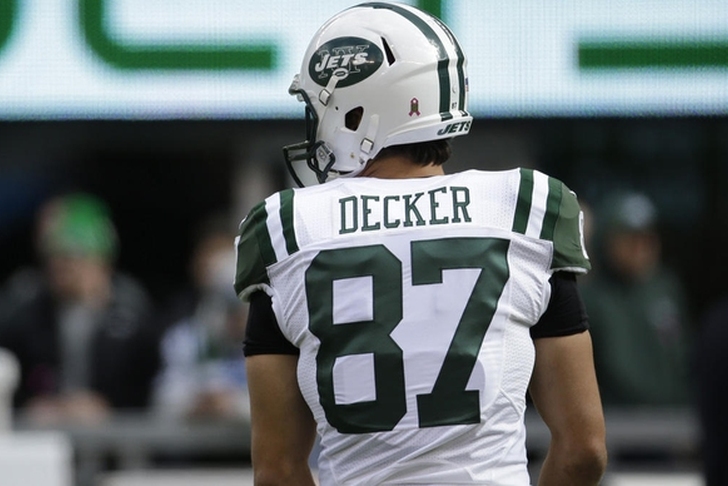 UPDATE: The New York Jets have decided to release WR Eric Decker. The Jets tried to trade Decker, but weren't able to find a partner.

Jets are releasing Eric Decker, per source. With other teams wanting NY to eat some Decker salary, NY could not make numbers work for trade.

The New York Jets aren't done dumping veterans. Next up on the chopping block is WR Eric Decker.

And now the Jets are parting ways with WR Eric Decker, sources tell ESPN. Have told WR they either will release or trade him this week.

Decker battled injury last year. He carries a $8.75 million cap hit, which would likely limit his interest in the trade market. The Jets can save $7.25 million by cutting or trading him.

They Jets drafted two WRs in the draft this year, Chad Hansen and ArDarius Stewart.