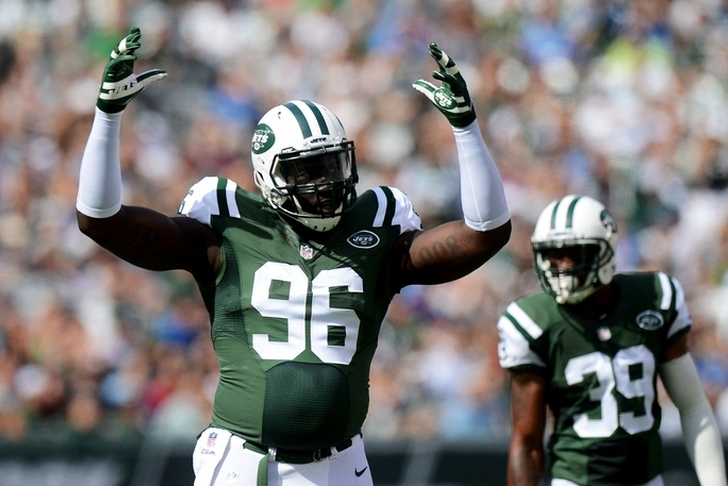 The New York Jets announced they have signed defensive lineman Muhammad Wilkerson to a multi-year extension before today's 4:00 pm ET deadline for franchise tagged players to reach a long-term deal with their respective teams.

According to NFL Network's Ian Rapoport, the deal is worth roughly $85 million over the next five years.

The #Jets and Mo Wilkerson have a reached an extension that pays him roughly $17M per year, source said.

If it appears the #Jets were scrambling for Mo Wilkerson’s 5-year extension, it’s because they were. Wild 12 hours to beat the clock.

Wilkerson was not happy about receiving the franchise tag designation, and had threatened to hold out of training camp without a long-term deal, saying he felt the team didn't want him.