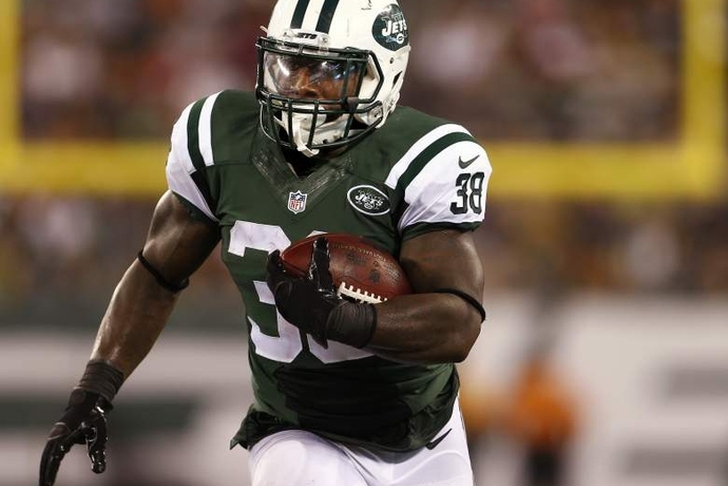 The New York Jets will be without running back Zac Stacy for the rest of the season. Stacy fractured his ankle in the Jets' Thursday Night Football loss to the Buffalo Bills and underwent surgery Friday. The injury occurred at the end of the first half, on a kick return as time expired.

Stacy had limited playing time for the Jets this year. He recorded just 89 yards and a touchdown on 31 carries. He also contributed on returns and had nine catches this year.

The Jets have several options at running back with Stacy out. Chris Ivory has handled the vast majority of the workload. Bilal Powell served as the change of pace back when healthy, but he's missed the past four games. He might return in time for the Jets' game next week. Stevan Ridley is also on the roster, and made his Jets debut against the Bills. The former New England Patriot saw only three carries.

Stacy had a great rookie season for the St. Louis Rams, picking up 973 yards and 7 TDs in 14 games. However, the former 5th round pick fell out of favor the next season and had just 293 yards. Stacy demanded a trade from the Rams after the team drafted Todd Gurley in the first round in the 2015 NFL Draft. The Rams shipped him off to the Jets for a seventh round pick.

Stacy is under contract with the Jets through next season. However, he doesn't have any guaranteed money, so his roster spot is far from secure.