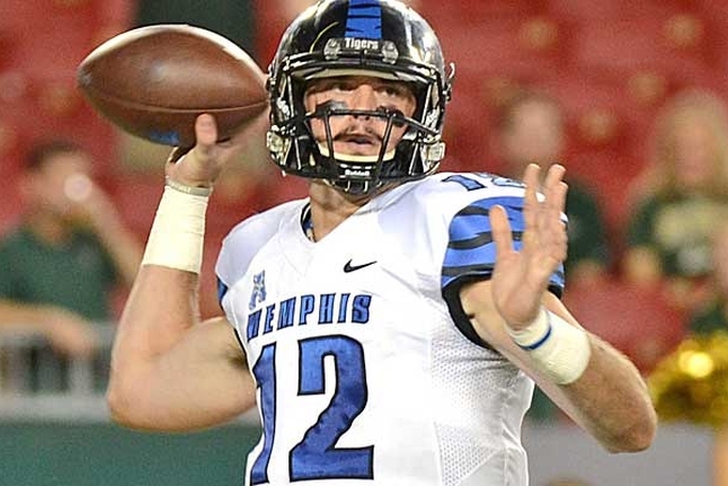 The NFL Draft is officially one month away, and the New York Jets have already turned their attention to the top prospects in the draft. They've already made several moves this offseason, but the potential for a few more could impact their draft plans. Here are a few of the more interesting rumors and news tidbits on the Jets.

Jets to trade up to draft Paxton Lynch?
New York hasn't been able to re-sign starting quarterback Ryan Fitzpatrick this offseason because they don't want to meet his $16 million per season asking price, and they could look to replace him in the draft. Even though they're out of position to draft one with the No. 20 overall pick, SBNation's Dan Kadar says the Jets could trade up to No. 13 (Dolphins) to draft Memphis' Paxton Lynch.

Now, you might be wondering why the Jets would want to jump a bunch of teams that may not need a quarterback. Draft trades aren't always about jumping a team with a similar need. Sometimes the team trading out of a pick could be bluffing about another potential deal, or the team moving up simply wants to ensure getting the player they want. Considering the state of the quarterbacks on the Jets' roster, they could make a play for a quarterback.

That's a thought that fits in with general manager Mike Maccagnan's belief that a team should draft a quarterback every year or two.

"I'm not necessarily going to say I'm going to go out and draft one every year, but the thought process, when you really drill down on it, was it's such an important position, you do take them, but you also take them with the idea of developing them," Maccagnan told WFAN radio's Mike Francesa in January.

Right now, he's the top QB on New York's depth chart, stressing the importance of them adding another one in free agency or in the draft. The Jets also drafted Baylor's Bryce Petty last year, but he's still considered to be a developmental project.