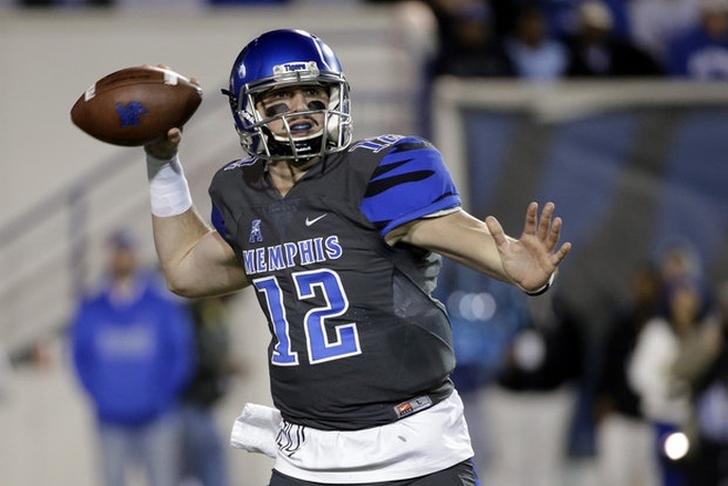 The New York Jets hold the No 20 overall pick in the NFL Draft as they narrowly missed out on a playoff berth, and they're hoping to add several impact players in the draft to help them make the postseason next year. Here's all the latest news and rumors surrounding New York's draft plans:

Jets to trade for Josh McCown?
Cleveland has placed incumbent starter Josh McCown on the trade block after signing Robert Griffin III, and New York is one of his most likely destinations. The Jets have yet to re-sign QB Ryan Fitzpatrick, who wants $16 million per year in a new contract. The Jets aren't going to pay that amount of money for Fitzpatrick, and if they elect to move on, the team could go after McCown. He has a rapport with WR Brandon Marshall and can produce at a similar level to Fitzpatrick.

Admittedly, I don't love this pick. It's too early for Lynch, who has a raw skill set and comes from an offense that featured few complex reads. He will need time to adjust to the pro game and is best for a team with a reliable QB already in place. With needs at outside linebacker and offensive tackle, the Jets would have to reach for guys like Noah Spence or Germain Ifedi here if the board fell this way.

Christian Hackenberg Said "All The Wrong Things"
Penn State QB Christian Hackenberg is an option for the Jets in the middle rounds of the draft despite the fact that struggled in his final two years at Penn State, and reportedly said all the wrong things. SI.com's Robert Klemko reports that Hackenberg blamed his struggles on head coach James Franklin, who took over after Hackenberg's promising first season.

"Despite the fact that it’s probably true, you don’t want to hear a kid say that," one evaluator told Klemko.