Jets Likely To Use Franchise Tag On Muhammad Wilkerson 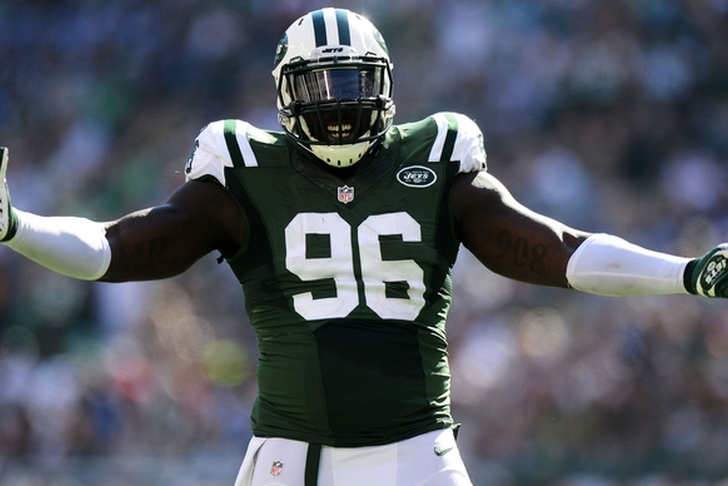 Tuesday marks the first day teams can use the franchise tag on players, and the New York Jets are one of several teams who could use the tag this season. According to Rich Cimini of ESPN, the Jets plan on using the tag of defensive lineman Muhammad Wilkerson. The team hasn't yet officially announced the move, but it's only a matter of time.

It makes sense, as Wilkerson, despite coming off a broken leg in Week 17, is one of the best defensive linemen in the NFL. The Jets might not be able to keep Wilkerson long-term, but he's too good for the team to let him walk with season.

Tagging Wilkerson will likely cost the team $15.5 million. That's a figure the team can't afford right now. But a few other cuts and restructures will provide the needed space.

Don't rule out a sign-and-trade either. It's tough to pull off, but the Oakland Raiders have the cap space and assets to pull off a deal. Still, it's a long-shot. When Wilkerson is tagged, he has until July 15th to work out a long-term deal, or he'll have to play at the franchise tag price for one year.

Follow our New York Jets team page for all the latest Jets rumors.