Jets Draft Rumors: New York Has "A Lot Of Interest" In Josh Rosen, Targeting Him With No. 3 Pick? 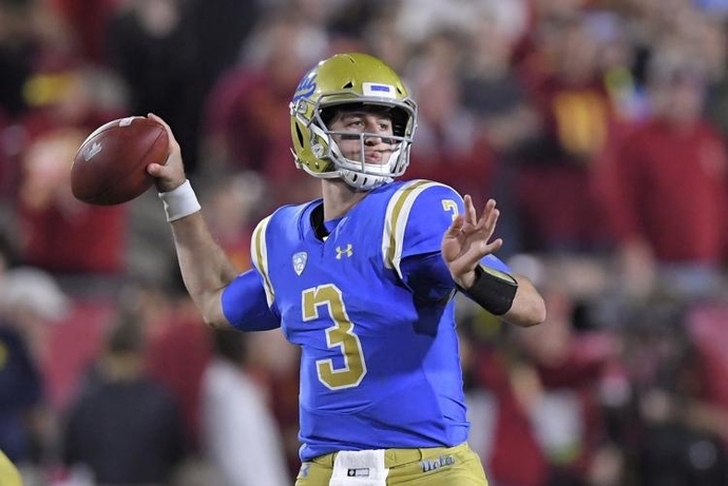 Many expect the New York Jets to select a quarterback after they acquired the No. 3 overall pick and it appears that UCLA's Josh Rosen is right at the top of the list, according to Draft Analyst's Tony Pauline.

I can confirm the New York Jets met extensively with UCLA quarterback Josh Rosen, and there is a lot of interest in the signal caller by the team. In a bit of irony, I’ve compared Rosen to a stronger-armed version of former New York Jets quarterback Chad Pennington in articles and during interviews.

New York hosted a private workout for Rosen on Thursday, and they were reportedly very impressed with him.

Rosen also worked out the Buffalo Bills on Sunday, who are interested in trading up to acquire a quarterback. Buffalo currently has the No. 12 and No. 22 picks in the first round.

New York is evaluating all of the quarterbacks at the top of the draft - they saw USC's Sam Darnold on Wednesday and will see Wyoming's Josh Allen and Oklahoma's Baker Mayfield on Friday and Saturday, respectively - but they appear to be leaning towards Rosen at this time.

They also expect the Cleveland Browns to take Darnold with the No. 1 pick.

Rosen passed for 3,756 yards with 26 touchdowns and 10 interceptions in 11 games last season.