Jets Draft Rumors: Mel Kiper Jr. Has New York Going QB In The First Round Of The 2018 NFL Draft 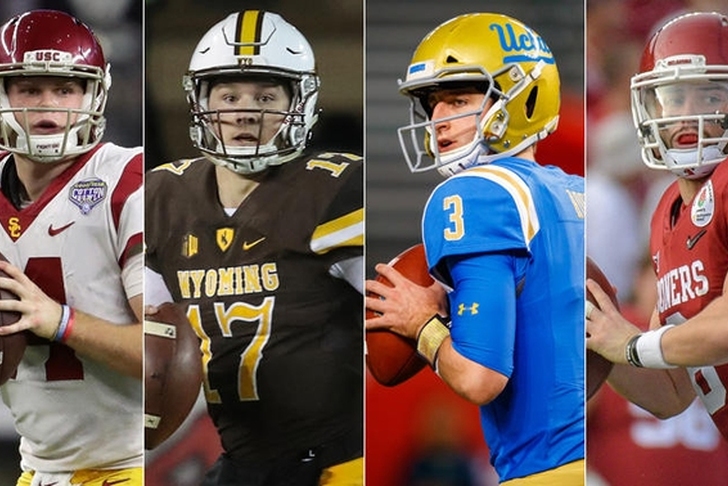 The Jets draft rumors are soaring after the New York Jets flew up the draft board after they acquired the #3 overall pick in the 2018 NFL Draft from the Indianapolis Colts. The Jets' move up allows them to secure one of the top four quarterbacks in this year's draft. The question remains who will they go with? According to ESPN's Draft expert Mel Kiper Jr's third mock draft, he believes the Jets should select UCLA Bruins quarterback Josh Rosen.

Kiper believes Rosen will be the quarterback to slip to the Jets with the third overall pick.

"The Jets traded up with the Colts to get a quarterback," writes Kiper. "Now the question is: Which ones will be available? There's a legitimate chance the Jets have to settle for their third option, but it's possible they like three quarterbacks in this class. Rosen has rare arm talent and is the most NFL-ready of this group, but his injury history (shoulder in 2016, concussions in 2017) has been a point of discussion among teams."

Every season the Jets seem to be surrounded by questions surrounding their quarterback position. Rosen was surrounded by lesser talent and bad coaching throughout his UCLA career, and despite that, Rosen has continued to show the arm strength, accuracy, and pocket awareness to solidify him as a top pick. He does make some questionable throws under pressure, but Rosen's positive traits will far outweigh any concerns the Jets may have.