Jets Claim WR Lucky Whitehead Off Waivers From The Cowboys 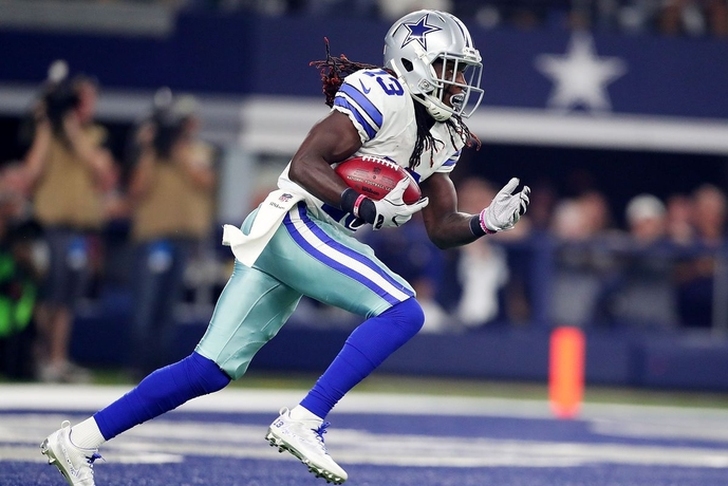 It didn't take long for Lucky Whitehead to find a new NFL home. The New York Jets have claimed Whitehead off waivers from the Dallas Cowboys.

Whitehead was cut by the Cowboys following the strange and false accusation of arrest for shoplifting. Whitehead was accused of being arrested and then missing a court hearing, but it turns out the actual criminal pretended to be Whitehead. Police dropped all charges against Whitehead and apologized.

But it wasn't enough for the Cowboys, who cut Whitehead in what looks to be a clear-cut case of trying to look tougher on players who find themselves in trouble. The Cowboys have had a rough offseason, with Ezekiel Elliott still under investigation, David Irving's PED suspension and Nolan Carroll's DUI arrest.

However, this might be the best thing for Whitehead. He likely wasn't going to make the Cowboys roster and now he can fight for a job with the Jets. New York dumped Brandon Marshall and Eric Decker this offseason, replacing them with rookies Chad Hansen and ArDarius Stewart. Holdovers like Robby Anderson, Quincy Enunwa and Charone Peake also return.

Special teams is Whitehead's best chance to make the Jets, just like it was in his previous two years with the Cowboys. He'll battle WR Jalin Marshall for return duties this year. Whitehead has only nine catches for 64 yards, although he does have 20 carries for 189 (coming mostly on jet sweeps). He's averaged 6.9 yards per punt return and 25.6 per kick return. Marshall put up 5.6 and 24.9, respectively, last year.