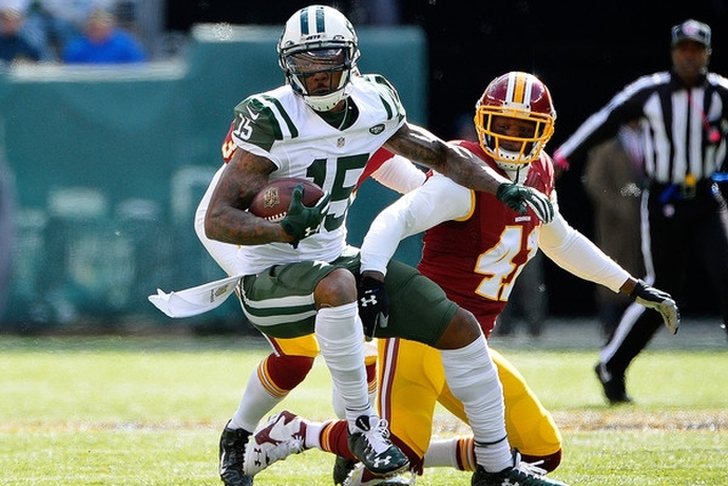 The New York Jets looked dominant in their victory over the Washington Redskins, pushing their record to 4-1 while Washington fell to a disappointing 2-4 mark. Here are three things we learned about each team in the game:

New York has the best defense in the league, bar none. They rank first in points allowed per game (13.7) and first in takeaways (13), and flexed their collective muscle again in this one by holding Washington's powerful rushing attack to just 34 yards. Rex Ryan got the credit for building this defense, but new head coach Todd Bowles has this unit playing at an elite level.

Chris Ivory is the real deal. The NFL's leading rusher kept it going, picking up 146 yards and a touchdown on the ground on just 20 carries. Ivory's ability has made quarterback Ryan Fitzpatrick's life much, much easier and has become the reliable workhorse New York so desperately needed.

It's weird, but New York actually has a pretty lethal passing attack. Brandon Marshall and Eric Decker both caught touchdown passes against the Redskins, and the two have combined for 750 yards and eight touchdowns through five games this year, making them one of the league's top duos.

Head coach Jay Gruden's job is definitely in jeopardy. The Redskins are a dysfunctional franchise, and Gruden spurned Robert Griffin III to go all-in with Kirk Cousins - a decision that hasn't been going well. Don't be surprised to see Gruden looking for a job if they can't get it turned around this year.

Washington's running game isn't as good as advertised. Given, the Redskins were missing Matt Jones in this game with a toe injury, but no one had any success getting through that Jets defense. Alfred Morris only accounted for 21 yards on 11 carries, putting unnecessary pressure on Cousins to produce.

Kirk Cousins is not the answer. We knew this already, but it just keeps being reinforced. Cousins threw for just 196 yards and two interceptions, all while only managing a dreadful 4.6 yards per attempt. Gruden will point his finger at the rest of the team, but a big bulk of the blame for Washington's struggles fall on Cousins.