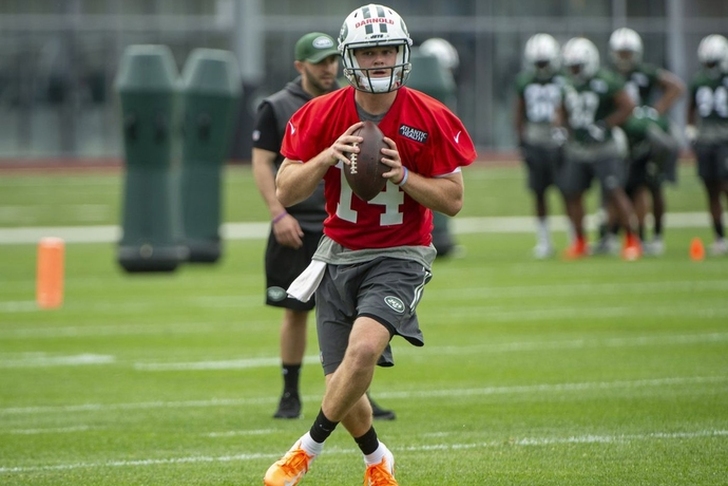 The New York Jets finished last season with a 5-11, which is much better than originally expected. They've also made some key moves this offseason (drafting Sam Darnold, signing Trumaine Johnson) that gives them hope of improving that record in 2018, but they are still rebuilding. How will they do this upcoming season? Here's a game-by-game prediction of their record:

The Lions have plenty of question marks, particularly on the defensive side of the ball, but Matthew Stafford and that offense simply has too much firepower for New York.

The Dolphins are expected to take another step back in 2018 after they parted with many of their top players including Jarvis Landry and Ndamukong Suh. The Jets should pick up their first win of the season.

Cleveland is going to be a much better team this year with Tyrod Taylor under center and a major upgrade in weapons, headlined by Jarvis Landry. Those two will be the difference in a narrow win for the Browns.

Jacksonville's defense gives teams all kinds of problems and should have a field day against New York's still shaky quarterback situation.

Indianapolis is still one of the worst teams in the league and, while they're improving, won't be able to really compete until their defense gets better and Andrew Luck gets healthy.

It's no fluke that the Vikings were one of the best teams in the NFL last season. They have quality receivers, a good quarterback in Kirk Cousins, a dynamic rushing attack (remember, Dalvin Cook will be back and healthy) and an absolutely dominant defense.

A lot of people like the Bears to be a breakout team this year but they still have a less-than-stellar defense and are probably a year away from really competing. Still, they're a year ahead of the Jets in their rebuild.

While I think the Jets are better than Miami, I see these two division rivals splitting their games this season - which means the Dolphins hold serve at home.

The Bills don't have many offensive weapons and are rebuilding their defense. New York will earn a split against them and take the win at home.

Darnold will likely have taken over the starting job by this point of the season (if he hasn't gotten it already), but this game will show just how much the rest of the team still needs to be upgraded.

Tennessee is a really good team and with Dion Lewis and Malcolm Butler now on the roster, they could be even better this year.

New York and Buffalo are in the same tier in the NFL pecking order, and because of that, I think they'll split their series. Buffalo's defense is the difference at home in this one.

Houston is going to be a much better team in 2018 with Deshaun Watson and J.J. Watt both fully healthy, along with the addition of Tyrann Mathieu. I expect them to make the playoffs in the AFC.

The only reason the Packers missed the playoffs this season was because of the injury to Aaron Rodgers, but he'll be back and playing at the elite level we've come to expect from him. He's good enough to win a game by himself.

Unfortunately for Jets fans, New England is simply the much better team. However, they'll clinch the oppoortunity to get a great draft pick with the loss.