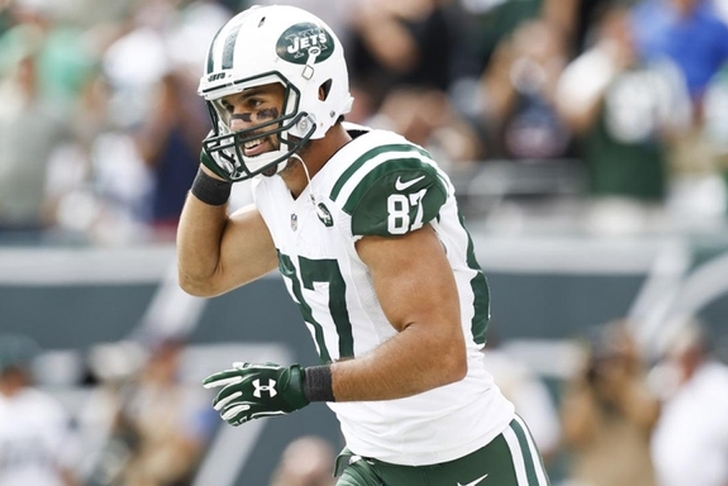 New York Jets wide receiver Eric Decker was expected to miss the rest of the season with a torn rotator cuff, but the team announced he underwent hip surgery on Tuesday that was "deemed necessary" after an evaluation:

The hip surgery was deemed necessary during an evaluation that occurred when Decker was placed on injured reserve for a torn rotator cuff on October 12.  The anticipated recovery time for the surgery is six months. Once Decker is off crutches, he will subsequently undergo a procedure on his shoulder. The estimated recovery for his shoulder surgery is eight months.

Since he can't have surgery on his shoulder until he is recovered from the hip injury, that's a total of 14 months he's expected to miss - which basically eliminates the 2017 season for Decker.

He is under contract through the 2018 season, which is when he is expected to return to the field.

Decker played in three games this season before being placed on injured reserve, catching nine passes for 194 yards and two touchdowns.