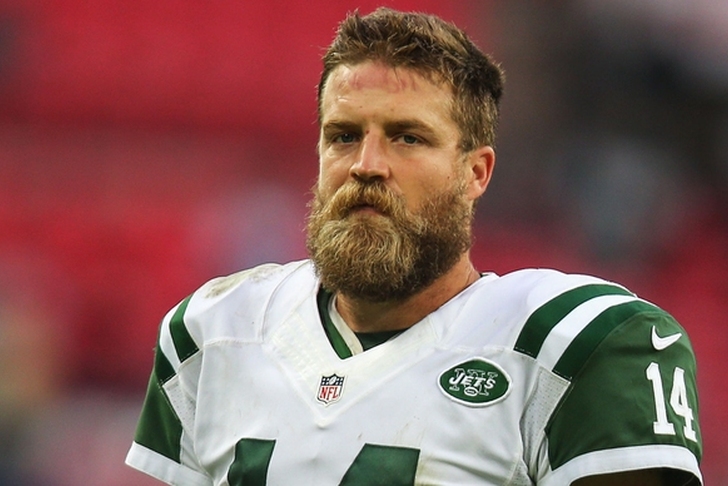 Ryan Fitzpatrick and the New York Jets have been locked in a stalemate over a new deal since February, and it doesn't look like their feud will be resolved any time soon. On Thursday afternoon, ESPN's Adam Schefter reported that sources close to Fitzpatrick said the veteran QB would "rather not play football" than accept the Jets' contract offer of $7-$8 million per year.

Brian Costello of the New York Post has refuted Schefter's report, however, saying Fitzpatrick has no interest in sitting out:

I spoke to a source who said the report about Fitzpatrick being willing to sit out is not true. Fitz wants to play. #nyj

Jason Cole of Bleacher Report threw out the idea of retirement, but seems to think that Fitzpatrick won't play for the Jets in the future:

Source said free agent QB Ryan Fitzpatrick has no intention of retiring. Whether he plays for the #Jets again sounds dicey.

With Fitzpatrick's future in the Big Apple unclear, the Jets will likely target a QB in the draft. They have also met with veteran free agent Brian Hoyer, who plans to sign with a team after draft concludes, according to Schefter.