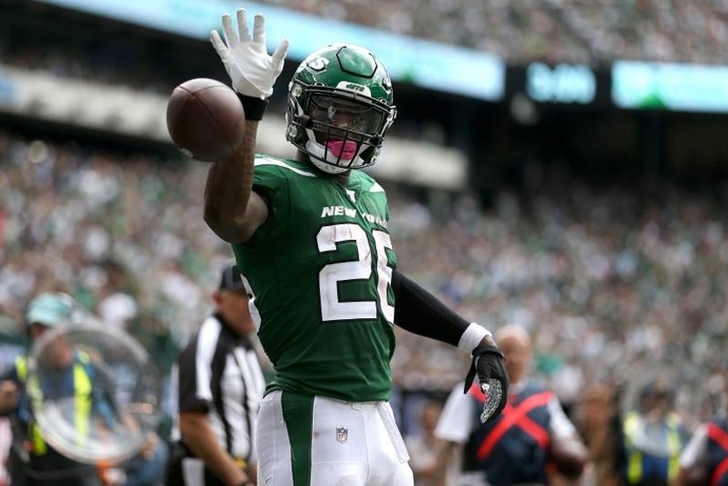 It was by far one of the biggest free agent signings during the 2019 offseason. By picking up RB Le’Veon Bell on four-year contract through the 2022 season, the New York Jets felt secure they had locked up their backfield for the foreseeable future with 2nd year QB Sam Darnold locked in at the QB position. After a very disappointing 1-6 start to the 2019 season, team officials are now indicating that trading Bell is not off the table.

With the trade deadline fast-approaching on October 29 at 4:00 PM EST, a big block of teams are battling for playoff spots, and Bell could certainly tip the scales for any team that’s in need of a running game. It would require the Jets to part with the only offense they have been able to generate thus far this season, but for the greater good in seasons to come, the load they might secure in trade might play as a better long-term solution for a team that just isn’t poised to improve any time soon. Right now, there’s even little reason for sports gamblers to secure a bet365 bonus code and use it to wager on the Jets.

On the season, Bell has 349 yards rushing and 187 yard receiving for a total of 2 TDs. While these numbers are certainly well below what Bell is capable of recording, it’s more a function of the Jets needing help on the offensive line. It’s also been difficult for Bell to get many carries with an offense that’s consistently having to play from behind. It’s noteworthy that Bell’s total of 536 yards from scrimmage leads the team by almost 200 yards.

If other teams are able to look past Bell’s production this year, they would be looking at a running back who accounted for 1,884 and 1,946 all-purpose yards in 2016 and 2017 respectively before sitting out the entire 2018 season with the Pittsburgh Steelers to avoid the franchise tag.

The price for Bell would be understandably high. He also carries with him a $52 million contact with $35 million guaranteed. The fact he is only 27-years of age without much mileage on his legs certainly plays in the Jets’ favor. It’s also noteworthy that first-year Head Coach Adam Gase was less than thrilled with the signing of Bell at such a hefty price.

Clearly, trading Bell at this juncture would be challenge. However, there’s no harm in throwing his name out there to see if there’s any interest. With RB Alvin Kamara ailing in New Orleans, Bell would fit in well with QB Drew Brees who loves to throw to his running backs out of the backfield. New England is another team that could really benefit by a big boost in the backfield to play alongside QB Tom Brady.

With less than a week remaining until the deadline, it’s unlikely the Jets will be able to move Bell. However, there is plenty of incentive to give it the old college try with the future still uncertain.