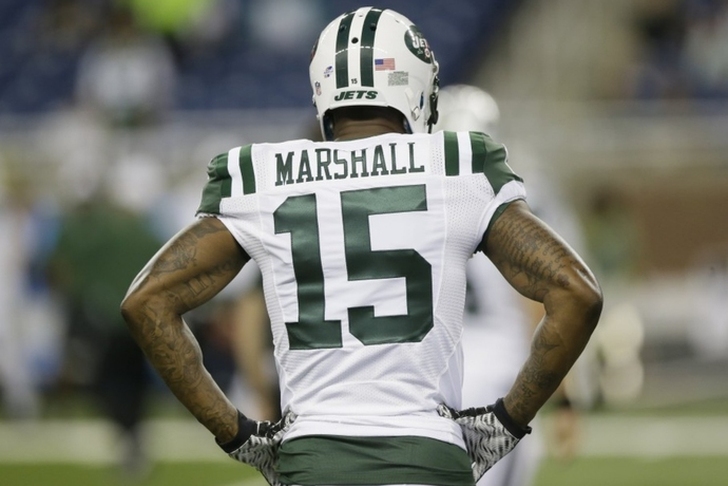 And now the Jets are releasing WR Brandon Marshall, per sources.

Schefter also reports the Jets offered Marshall an extension, which he turned down. In fact, the release actually comes at his request.

The #Jets are releasing WR Brandon Marshall, source said. @KMart_LI says this is at Marshall's request. Team needs to get younger.

Marshall was set to count $7.5 million against the cap. He's coming off a rough year in which the 32-year-old caught 59 passes for 788 yards and only three touchdowns.

The Jets have already released OC Nick Mangold and CB Darrelle Revis, to help save cap space. The release of Marshall helps that, but does open up a need at WR, especially with Eric Decker's injury issues.