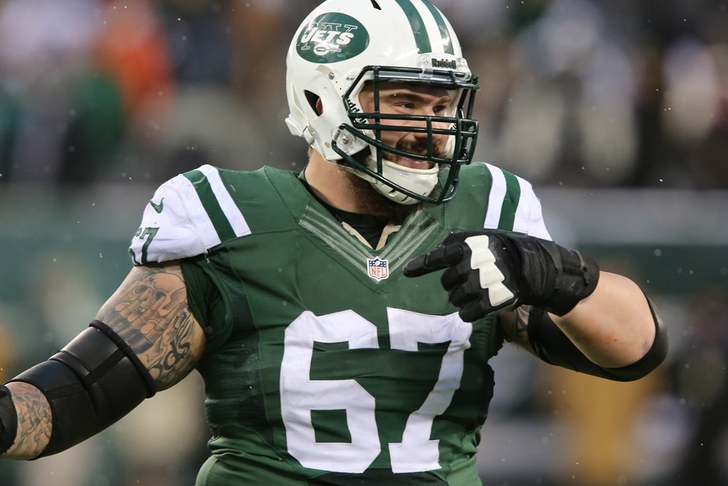 With cornerback Dee Milliner feared to have torn an ACL on Sunday, the New York Jets already had plenty to worry about coming out of their home loss to the Denver Broncos.

However, according to Mike Florio of Pro Football Talk, things have gone from bad to much worse in a hurry for Rex Ryan's squad:

Per a league source, the Jets fear that starting right guard Brian Winters has suffered a torn ACL.

Florio did, however, give Jets fans a reason to be guardedly optimistic about Winters' status:

While teams always fear a torn ACL when a player suffers a knee injury, manipulation of the knee can give some clues about the stability of the cluster of bones and ligament and cartilage.

So, it still remains to be seen if the Jets and Winters will escape a scenario that sees New York scrambling to fill roster spots due to injury.