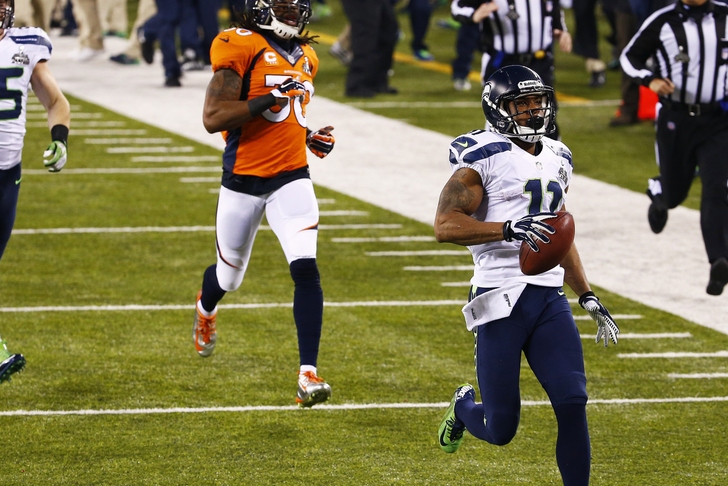 According to a FOX Sports report, the New York Jets have just acquired WR Percy Harvin from the Seattle Seahawks.

Here's Jay Glazer with the report:

BREAKING: The JETS have just agreed with Seattle to a trade sending WR Percy Harvin to NY for conditional pick. FOX SPORTS has learned.

Danny Kelly of SBNation offers his thoughts on the makings of this blockbuster deal:

Obviously, this comes as an enormous shock. Harvin had been a major part of the Seahawks' offense and also a big part of their special teams unit as the primary kick returner. The reasoning behind this trade will be interesting to hear, if it does indeed come out. It seems likely that something weird was going on behind the scenes, but that's obviously just speculation on my part.

Questions had been raised about Harvin's status with the team when he was off the field for 11 of the Seahawks final 17 plays on Sunday vs. the Cowboys, on a drive where the Seahawks were trying to come back and win the game.

Per NFL Network's Ian Rapoport, the structure of Harvin's deal gives the Jets an out if they decide to steer clear of the wideout's hefty price tag over the next 4 years:

Percy Harvin has no more guaranteed money due to him after this season, though he’s to earn $41.5M over the next 4. A tryout for him.

Chat Sports will have more on this breaking story as additional info is made available.