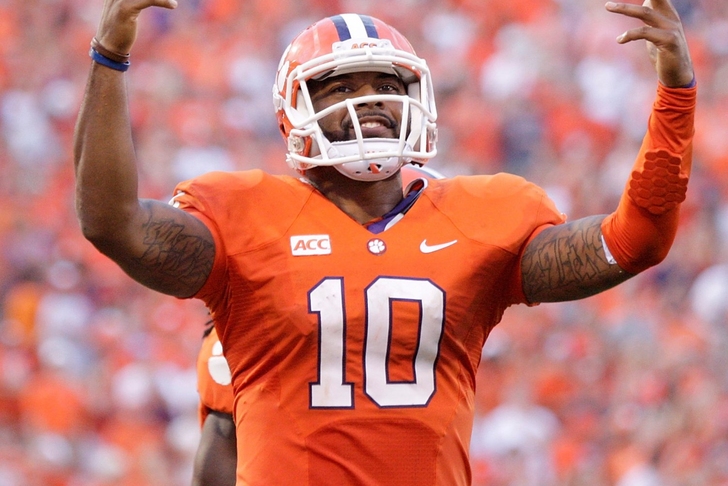 Per Mike Wilkening of Pro Football Talk, the club announced a four-year deal with Boyd on Thursday evening.

With Geno Smith and Michael Vick firmly entrenched at the top of the Jets' depth chart, Boyd will battle with Matt Simms for the team's third quarterback spot.

With Boyd signed, the New York Jets have now signed six of their 2014 NFL Draft picks. The other five are as follows: guard Dakota Dozier (round 4), linebacker Jeremiah George (round 5), linebacker IK Enemkpali (round 6), wide receiver Quincy Enunwa (round 6) and linebacker Trevor Reilly (round 7).