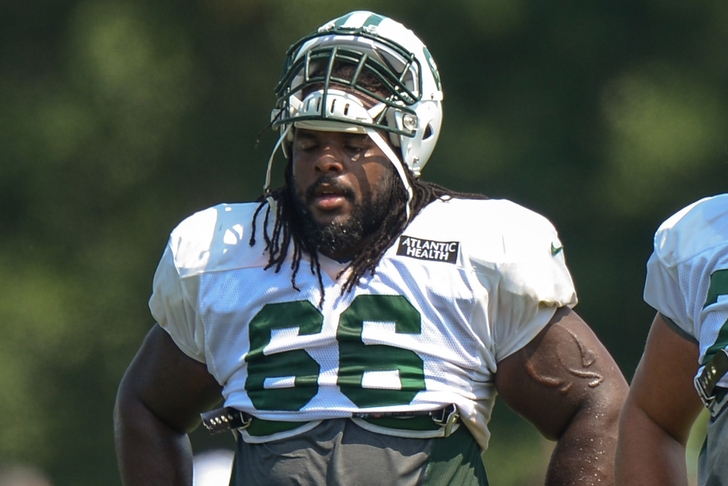 New York Jets guard Willie Colon has a huge assignment in front of him on Sunday, as he prepares to line up against Detroit Lions defensive tackle Ndamukong Suh in a battle of legitimate heavyweights.

Colon wants everyone to know that's he not scared in the least.

“I’ll never back down from a fight,” Colon said, via Michael David Smith of NBC's Pro Football Talk. “I’m pretty sure he’s the same way. And we’ll handle all that Sunday.”

Colon is looking to actually brawl with Suh. He's just stoked for the challenge of handling one of the league's most-feared defensive players.

“He’s probably one of the best guys in the league doing it, playing at a very high level,” Colon said about Suh. “He’s a menace. I know the type of power he has. It’s going to be a war. He’s just a load. He’s a powerful guy. He just brings it. He’s a dominant ball player and you’ve got to respect it.”

That respect won't translate to fear, however - something that should be very reassuring to the Jets' fan base.