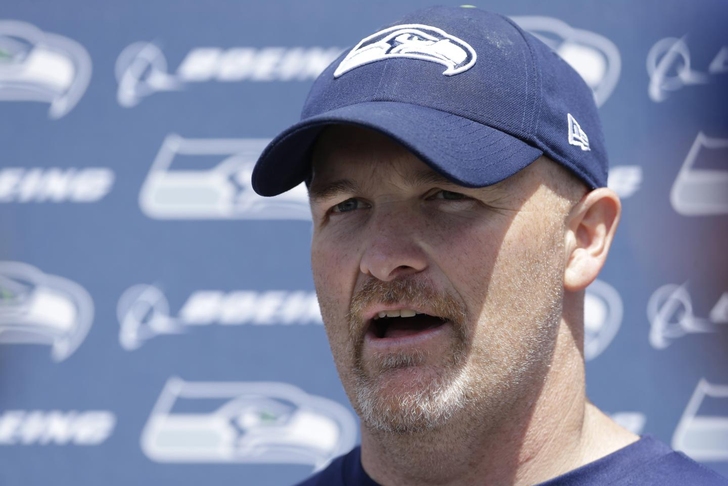 The New York Jets' next GM/head coach combo appears to have taken shape, with two candidates having outdistanced the field to lead the Jets into the next season and beyond. Who's on their way in? Who's found a new job? Find out in our Jets Rumors Roundup for Sunday 1/11.

The New York Jets apparently have their chosen man lined up in Seattle Seahawks defensive coordinator Dan Quinn if their scuttled travel plans are any indication.

According to ESPN's Adam Schefter, "the New York Jets were prepared to fly to Seattle immediately after Saturday night's game if the Seattle Seahawks had lost to try to hire Dan Quinn as their head coach, according to sources."

The Jets can't offer Quinn the job until the Seahawks are eliminated from playoff contention, per NFL rules.

Per Kevin Patra of NFL.com, "NFL Media Insider Ian Rapoport reported that the team is expected to hire Texans college scouting director Mike Maccagnan as the new general manager, according to two sources informed of their thinking."

Maccagnan has been in New York for the past three days meeting with Jets owner Woody Johnson, per Rapoport's report. His reputation as an excellent talent evaluator appears to have him at the top of Johnson's list to replace ousted GM John Idzik.

The Jets will still have to see former head coach Rex Ryan for at least two games a year, per several sources.

The Buffalo Bills have reportedly tabbed Ryan as their next head coach, handing him a situation eerily familiar to that of the Jets - a good defense that can border on great mixed with a young, mobile quarterback (EJ Manuel) prone to lapses of concentration.