Jets Rumors: Rex Ryan to the Falcons after the 2014 season? 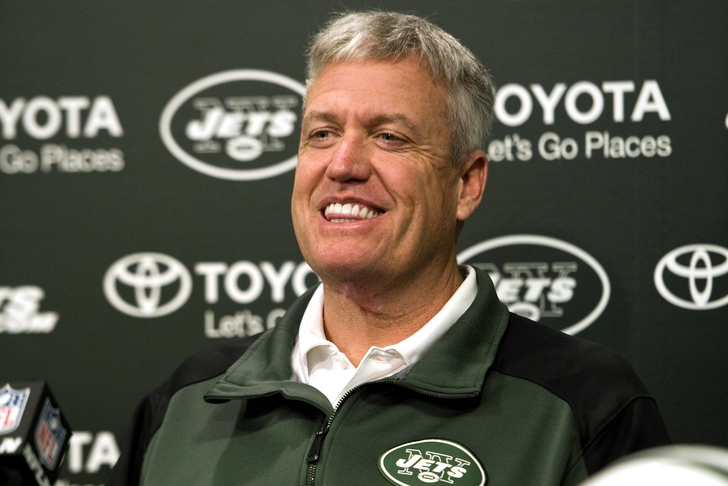 New York Jets head coach Rex Ryan's job is undoubtedly in major jeopardy, but he won't be hurting for job opportunities if and when he is let go by the Jets.

While a spot on the New England Patriots' coaching staff has been rumored to be open for Ryan, Jason Cole of Bleacher Report believes the Atlanta Falcons could provide a natural fit for Ryan after the season:

There has been plenty of speculation as to whether or not Atlanta Falcons head coach Mike Smith will return for the 2015 campaign, so it's unclear if Ryan would be tabbed in a defensive coordinator role or for a head coaching slot with the Falcons.

However, a Falcons team desperate to find some defensive continuity could very well find a spot for Ryan regardless of his potential title.