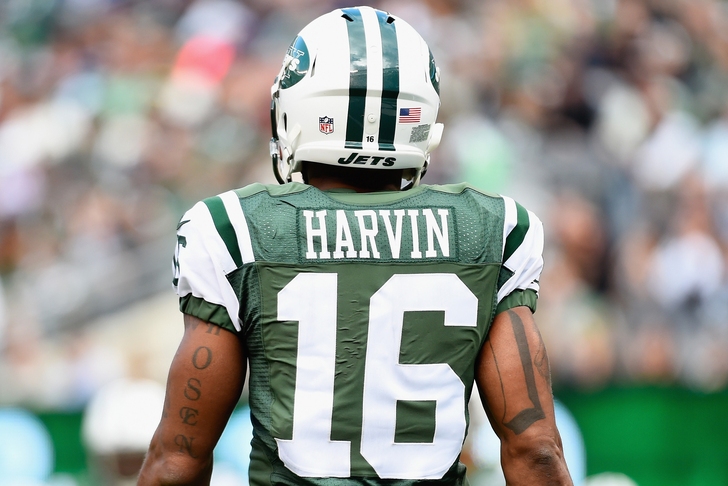 New York Jets wide receiver Percy Harvin said earlier this week that he feels at home with the Jets. However, one New York columnist doesn't believe that he'd be willing to take a pay cut in order to maintain that feeling.

Harvin has four years left on a massive $64.25 million extension that includes years of $10.5 million, $9.9 million, $9.95 million and $11.15 million in non-guaranteed base salaries through the 2018. Per New York Daily News columnist Manish Mehta, "he's smart enough to know that he won't make that kind of money on the open market if the Jets cut him, but his leverage comes from the freedom of choice."

Mehta posits that if the Jets are unwilling to pay Harvin his $10.5 million salary or restructure his deal to add in more guaranteed money, Harvin could be playing elsewhere in 2015.

Harvin has shown flashes of his superstar ability in six games with the Jets, but has been hampered by the team's quarterback play. If the team is truly looking to go forward with Harvin as a cornerstone, they'll need to find a consistent with which to feed him the ball.