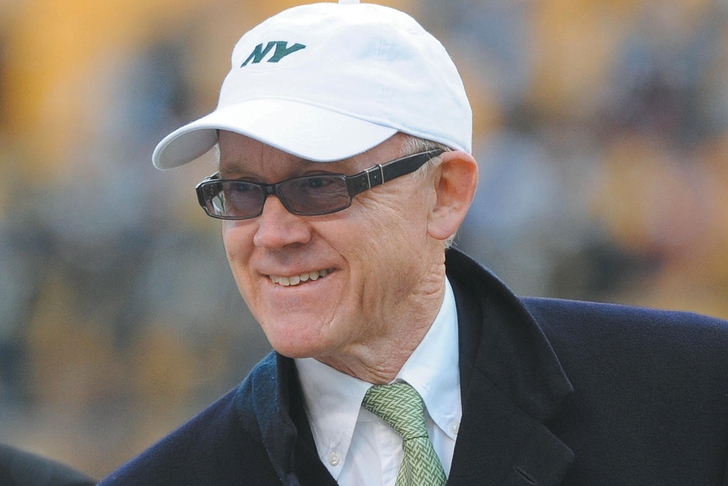 “We’re going to try to spend,” Johnson said on Mike Lupica’s radio show on ESPN 98.7 Wednesday, via the New York Daily News. “Spending is a critical part of developing a competitive team. You have to spend correctly on the right players. Their contracts have to be good so you can field a broadly based team that allows for various contingencies.”

Johnson also reiterated that he didn't limit ousted GM John Idzik's spending powers before last season when the Jets opened the offseason with more than $20 million in cap space to play with.

“I would never tell a general manager not to spend money. That’s something the general manager has to do,” Johnson said. “That’s his chief job, that’s the most important job he has, is spending and putting the 53 plus practice squad together. That’s his job. So I’m not going to say to him, ‘Save money.’ I mean that’s ridiculous. We’re in this to win it. We’re in the win business.”

“Reserving firepower in terms of cash for some future date is not part of the makeup of the New York Jets,” he added. “We will spend what we are allowed to spend, to try to make us as competitive as we can be.”

With new GM Mike Maccagnan and head coach Todd Bowles set to usher in a new era of Jets football, the time looks to be now for Johnson to put the time and cold hard cash in to bring the team back to prominence.