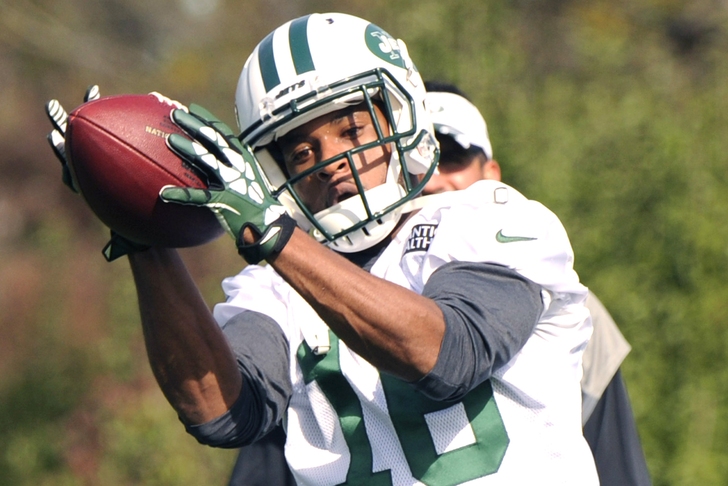 The New York Jets' recent acquisition of former Chicago Bears star wideout Brandon Marshall has made Percy Harvin and his $10.5 million payroll hit for 2015 expendable, and the Jets appear poised to cut Harvin on Monday - just one day before the 2015 free agency period begins.

According to Mike Florio of NBC's Pro Football Talk, "per a league source, the Jets are expected to release Harvin on Monday, three days after trading for receiver Brandon Marshall.  In theory, the Jets could squat on Harvin until March 19, at which time the sixth-round pick they gave the Seahawks to get Harvin becomes a fourth-rounder.  For now, the plan is to let him go — putting him on the market for the first day of free agency."

Harvin, 26, was at the center of a locker room controversy with the Seattle Seahawks last season before being unceremoniously shipped off to the New York Jets. While he showed flashes of game-breaking ability with the Jets, New York is looking to spend the $10.5 million they'll free up for cutting Harvin elsewhere this offseason.

As for potential landing spots for Harvin, keep an eye on the Patriots, Packers, and Chargers with the league year opens on Tuesday.