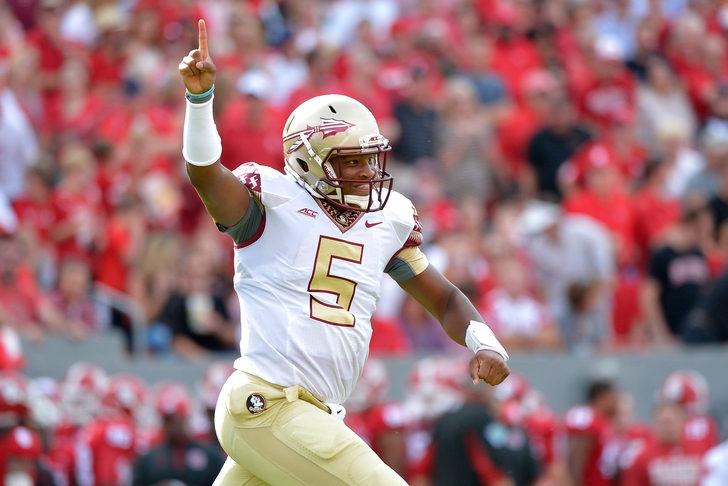 The New York Jets have made it clear that they're ready to move on from Geno Smith at quarterback, and they really like Florida State's Jameis Winston in the upcoming draft.

The Jets hold the No. 6 overall pick, but Winston will almost certainly end up going to the Tampa Bay Buccaneers with the top overall pick. However, ESPN's Rich Cimini reports that New York is contemplating trading up in the draft to land Winston:

“There is virtually no chance Winston falls to the Jets, who own the sixth pick, but he’s highly regarded within the Jets’ organization. Aggressive general manager Mike Maccagnan hasn’t ruled out the possibility of trading up, sources said, although it’s unclear how high he’s willing to go or which player he’d be targeting. The cost to move to No. 1 or No. 2 will be enormous, but there’s a sense among teams in the top 10 that the Jets are a threat to move up.”

New York would have to give up several high draft picks in order to make this happen - Washington gave the Rams three first-round picks and a second-round pick to draft Robert Griffin III No. 2 overall, and it'll probably take a bigger deal to convince the Bucs to give up their top selection.

That said, it doesn't seem like the Jets won't try to make something happen.