Jets Rumors: Jets to trade up in draft for WR Mike Evans? 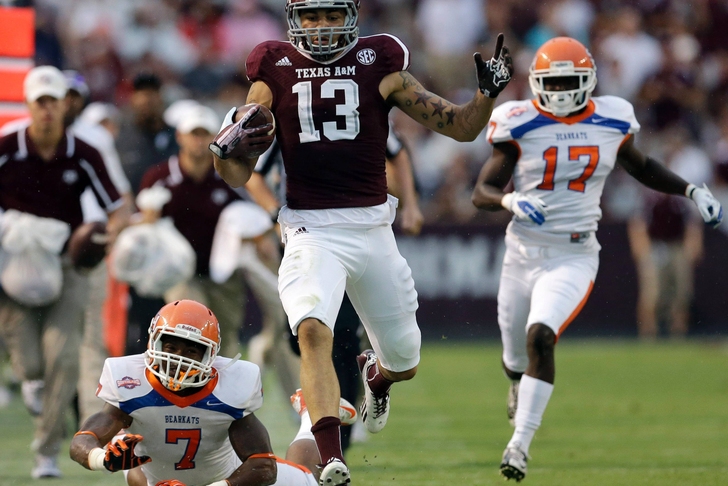 In Jets rumors tonight, the New York Jets may be targeting a trade in May's NFL Draft that would put them in position to draft former Texas A&M wide receiver Mike Evans.

So posits Lauren Moranor of Sports World Report: "The Jets have already been linked to a wide receiver in the first round of the draft, but the team appears to be aiming for a higher pick in order to get former Texas A&M star Mike Evans. Manish Mehta of the New York Daily News reports that the Jets would ideally like to move up past the Tampa Bay Buccaneers at No. 7, but would likely have to give up a few picks in order to do so."

A potential trade into the top-six would most likely have to come with the relative assurance that a wide receiver like Mike Evans has superstar potential.