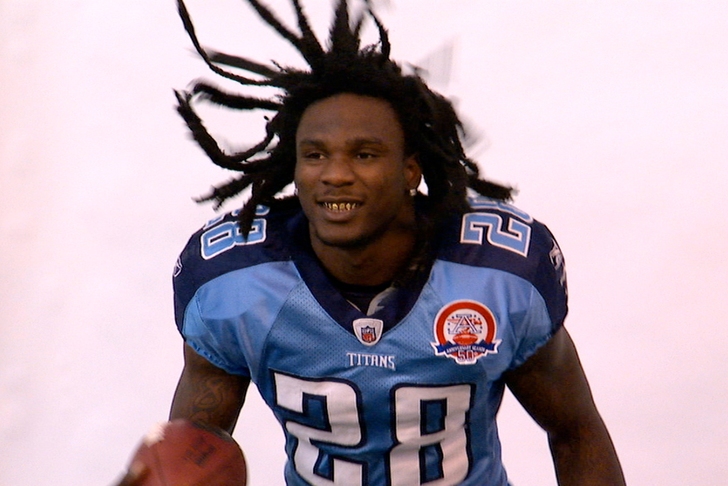 Here is an interesting bit of Jets rumors to tide you over on this Monday night -- the New York Jets could release running Mike Goodson to make way for the possibility of signing free agent running back Chris Johnson.

So reports Lauren Moranor of Sports World Report, via information obtained from ESPN.com:

"According to ESPN.com, the New York Jets are the likely landing spot for Johnson this week, but only if the team makes some moves in order to afford him. It is being reported that with the interest of Johnson will come the release of Mike Goodson in the coming days."

Goodson has a salary cap number of $1.3 million, and even the smallest bit of space could give the New York Jets flexibility in signing the former Tennessee Titans 2,000-yard rusher.

In order for the New York Jets to sign Chris Johnson, the veteran running back will most likely need to drop his reported asking price into the $4 million range -- which may not be a problem if Johnson believes he can use New York to secure a bigger free agent contract after the 2014 NFL season is completed.

Your Jets rumors whenever and wherever you want. Download our new Chat Sports iPhone app, and follow our Jets team page today.