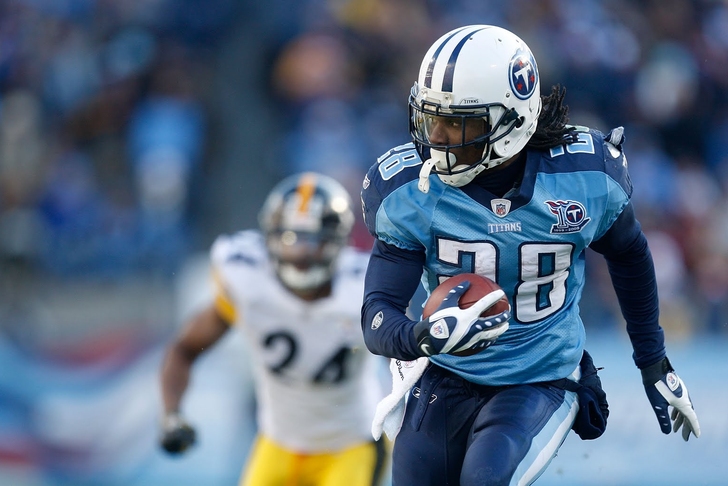 Jets rumors have been the Chris Johnson show as late, with the free agent running back's "will he or won't he?" dilemma in regard to signing with the New York Jets posted all over tabloids both in New York and around the country.

Now, per Manish Mehta of the New York Daily News, by way of Nate Bouda of NFLTradeRumors.co, the New York Jets may be finally tipping their hand in regard to how they really feel about the former 2,000-yard rusher:

Jets really like a potential Chris Ivory-Chris Johnson backfield tandem. Not concerned about work ethic. Will come down to $$$ #nyj

The questioning of the potential New York Jets target's "work ethic" stems from an earlier report which stated that Johnson clashed with Tennessee Titans' management over his approach to the game, both in practice and on the field.

The financial roadblocks between the New York Jets and Chris Johnson may be easily cleared, especially if Johnson is in the mode of proving himself after a tough 2013 season with the Titans

While Johnson ran for over 1,000 yards again, extending his career-long streak of 1,000-yard rushing seasons to six, the beleaguered fantasy breakout start rushed for just 3.9 yards per carry for the lowest average of his NFL career.

Get to Jets rumors first, before they become old news. Follow our Jets team page today.