Jets Rumors: Jets "not in the hunt" for free agent WR Sidney Rice? 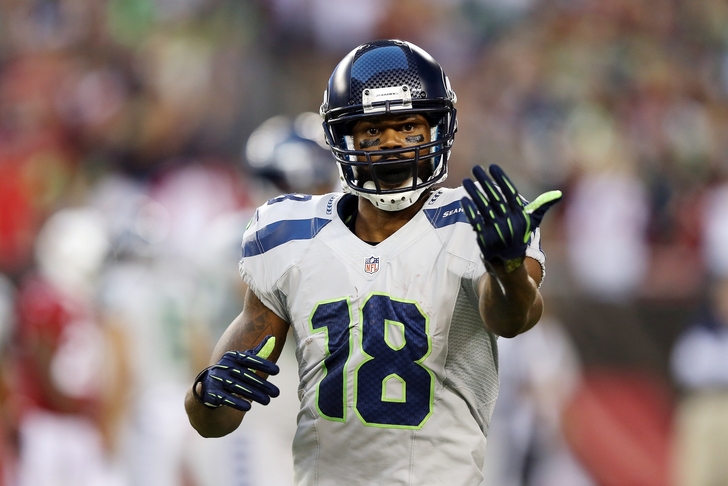 Tonight's bit of Jets rumors may disappoint some New York Jets fans, as one notable receiver left on the free agent market will most likely not be a Jet next season.

So says Luke Adams of ProFootballRumors.com: "The Saints were identified last month as a likely suitor for Rice, and the Seahawks have reportedly had interest all along in bringing their former receiver back at a reduced rate. The Jets were also previously linked to Rice, but it seems as if they’re not seriously in the hunt at this point, perhaps because they’re focusing on the draft to further fortify their receiving corps."

The New York Jets have been linked to several marquee receiving options this offseason through rumors and speculation, but seem quite content to look to the 2014 NFL Draft to find more cost-effective options to boost their receiving corps.

As of now, the Saints, Panthers, or a return to the Seahawks may be the likeliest of destinations for Rice -- not the New York Jets.