Jets Rumors: DE Mo Wilkerson to hold out if not given contract extension? 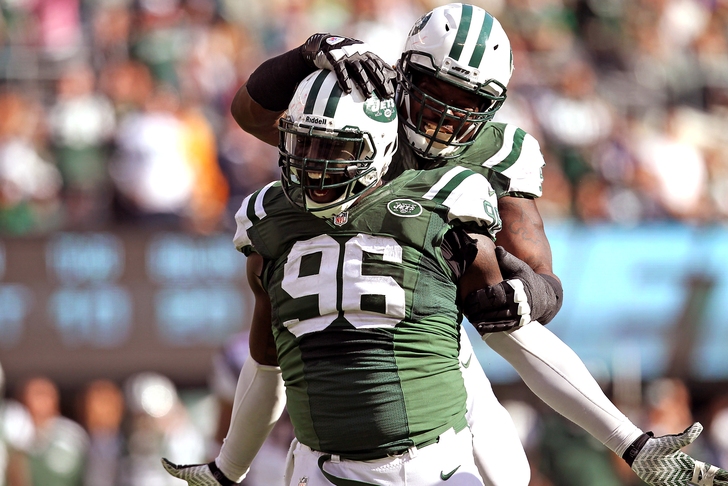 Jets rumors are starting to turn their attention to May's 2014 NFL Draft, yet it is one of the young players currently on the roster which could become a focal point as the New York Jets' offseason continues into the summer.

Per ProFootballRumors.com, the New York Jets plan to exercise a fifth-year team option on defensive end Mo Wilkerson to keep him through 2015, rather than reward him with a contract extension and a raise.

As a first-round pick in the 2011 NFL Draft, Wilkerson becomes eligible for a contract extension for the first time this offseason, and has expressed major interest in getting an extension done sooner rather than later.

However, according to Bart Hubbuch of the New York Post, don't worry too much about Wilkerson holding out if the Jets decided to stray away from contract extension talks --

Jets DE Mo Wilkerson also reiterated to me that he has no plans to hold out this summer if he doesn't get a long-term contract.

Hubbuch also quotes the young Jets defensive end as saying that New York Jets general manager John Idzik is "a great GM and a man with a plan," most likely indicating that Wilkerson feels like he will be taken care of in the long run, whether or not he receives a contract extension this offseason.

Your Jets rumors whenever and wherever you want them. Download our new Chat Sports iPhone app, and follow our Jets team page today.