Jets Owner Offers No Vote Of Confidence For Rex Ryan, Job In Jeopardy? 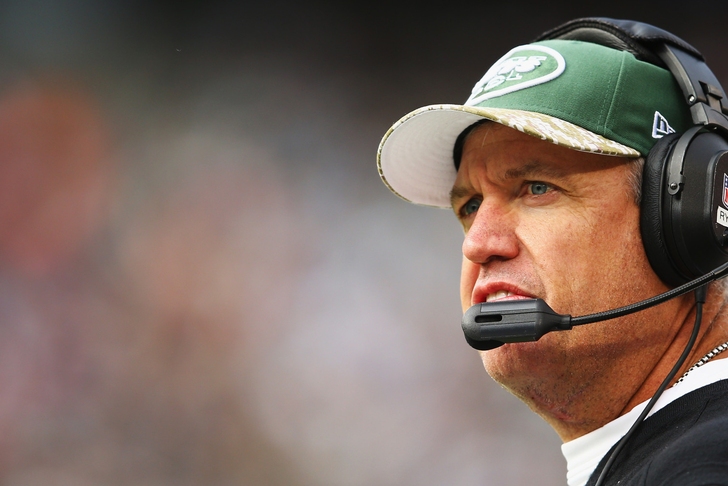 In a recent press conference, New York Jets owner Woody Johnson explained that head coach Rex Ryan's future with the team will be determined after the 2014 NFL season. However, Johnson made it clear that making the playoffs isn't the only way the embattled coach can save his job.

“We don’t look at it that way,” Johnson said in regards to a playoffs-or-bust mentality, via Dom Cosentino of NJ.com and NBC's Pro Football Talk.  “We’re looking to build a team both on the field and through our coaches that we feel is the best we can get. And so we make those decisions at the end of the season, when we evaluate everything.”

Asked whether or not missing the playoffs in four consecutive seasons would spell the end of Ryan's time with the team, Johnson reiterated his position without offering up anything close to a vote of confidence.

“Those are the kinds of decisions that we make at the end of the season,” Johnson said. “And we’ll evaluate everybody and see what the best plan is going forward.”

Geno Smith, on the other hand, still has Johnson's full support.

“I have a lot of confidence in Geno,” Johnson said, via Seth Walder of the New York Daily News.  “I think Geno can be a franchise quarterback.”

As it appears, Ryan will have to earn a full vote of confidence from Johnson with progress in the next three-quarters of the season, or risk finding himself on the unemployment line.