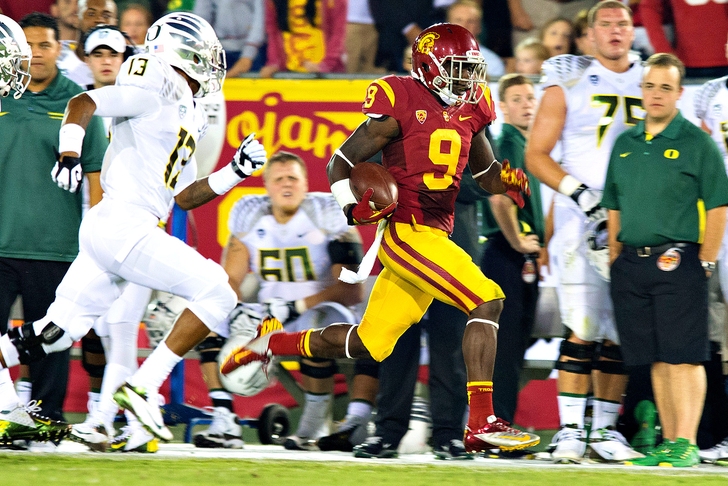 In Jets news today, USC wide receiver Marqise Lee is visiting the New York Jets on Sunday and Monday, prompting speculation that the Jets could look to Lee in May's NFL Draft.

Per Mehta's article, "high-level Jets personnel held private meetings with Lee before and after his Pro Day in Los Angeles." The Jets are also being connected to top-tier receivers such as LSU's Odell Beckham Jr., who is scheduled to visit the team on Monday night and Tuesday afternoon.

It is no surprise that the Jets are looking to the 2014 NFL Draft for a potential franchise wide receiver. Most draft pundits believe this draft could have the deepest wide receiving class in recent history -- giving the Jets plenty of choices come draft day.