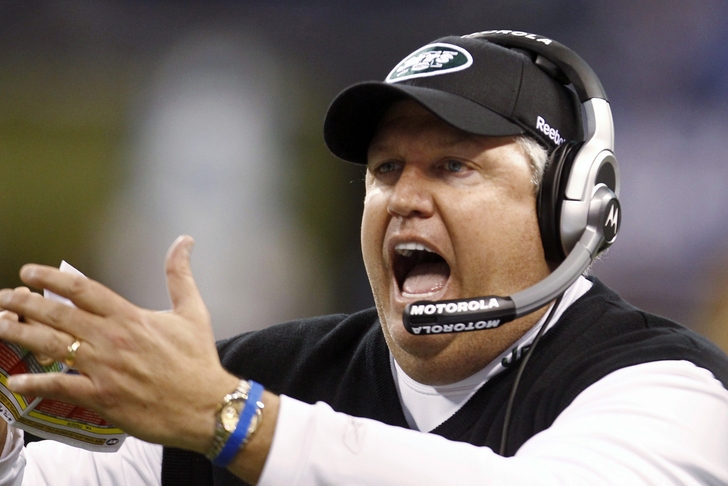 At 1-5, the New York Jets will likely have to win nine of their last ten games in order to qualify for the playoffs in a stacked AFC. However, that isn't deterring Jets head coach Rex Ryan from thinking big.

“The message is pretty simple,” Ryan said, via NJ.com and NBC's Pro Football Talk. “Hey, we might be counted out. We’re not dead. We’re going to fight our tails off. It’s a resilient bunch. As I told our team, a team that doesn’t quit is hard to beat. If you’re fighting a guy that never quits, he’s hard to beat. Our guys, we ain’t quitting. As we say, we’ve just begun to fight.”

The Jets are currently facing the possibility of their first six-game losing streak since 2007. Ryan himself is also staring down what looks to be a pink slip if he can't right the ship and quickly at MetLife Stadium

However, Ryan remains the eternal optimist. He can start getting people on board with him little by little if he can lead the Jets to victory in New England next week.