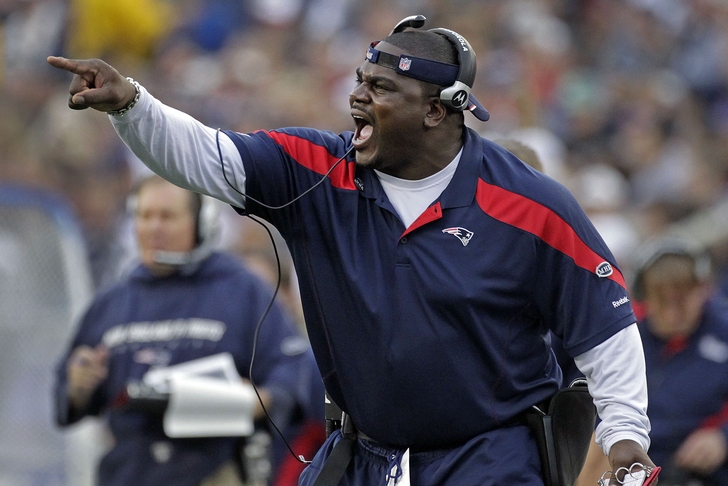 Pepper Johnson is returning to the New York Jets as the team's defensive line coach, the team announced on Saturday morning.

As NewYorkJets.com's Randy Lange points out, "this hire by head coach Todd Bowles for his first Jets coaching staff produces some Green & White echoes from almost two decades ago. Johnson has been named D-line coach 16 years after he last played middle linebacker for the Jets in the 1998 AFC Championship Game at Denver."

Johnson's first coaching job came with the New England Patriots in 200o under then-first year head coach Bill Belichick. He remained on the Patriots' coaching staff through 2013, coaching both the team's linebackers and defensive line. Last year he worked as the team's defensive line coach.

Like Bowles, Johnson is part of the Bill Parcells coaching tree, having played for the legendary coach both with the New York Giants (1986-92) and Jets (1997-98). He finished his career with 25.5 total sacks, 14 interceptions, and two defensive touchdowns.