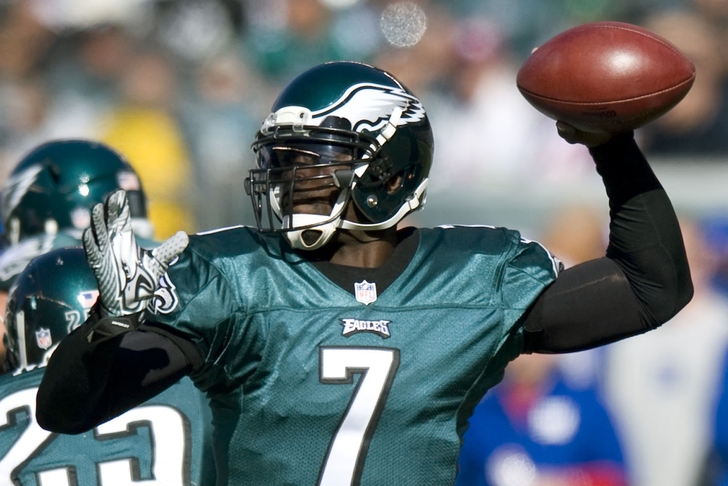 In Jets news today, newly-signed veteran quarterback Michael Vick is attempting to squash talks of a New York Jets quarterback controversy right off the bat -- stating that Geno Smith is the starting quarterback of the Jets no matter what.

Per Mike Florio of Pro Football Talk, Vick believes that his role with the Jets is to help Geno Smith become the best starting quarterback he can be -- rather than competing for a starting job himself --

“Geno’s the starting quarterback for that football team,” Vick stated on Saturday, via Dom Cosentino of NJ.com.  “Ultimately our goal is to try to help Geno become the best quarterback that he can be.  Myself and [third-stringer Matt Simms] are all trying to put him in a position where he can get better from year one to year two.”

This runs counter to Vick's assertions made both prior to signing and after signing with the Jets, that he is still a starting quarterback and intended to compete to be the main man for the Jets come Week 1 of the 2014 NFL season.