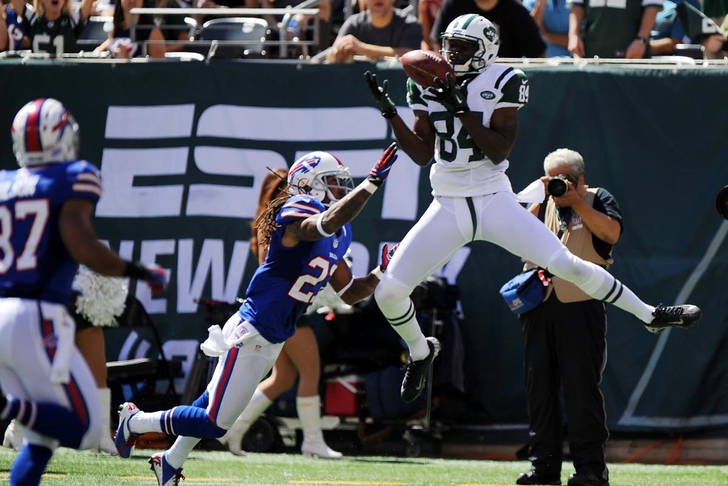 In Jets news today, it looks like the New York Jets may have already given up 2012 NFL Draft second round pick Stephen Hill, with the chance that the young wide receiver could find himself without a job in the near future.

Or so says ESPN.com's Jane McManus in a recent mailbag: "Ah Stephen Hill, taken in the second round of the 2012 draft, and the 6-foot-4 receiver has been more notable for injuries and drops than for his red zone ability. He had 24 catches for 342 yards last season and just one touchdown. He also struggled with a knee injury. It's generally seen as admitting defeat to drop an underperforming draft pick, but Hill was picked by Mike Tannenbaum's staff, and Rex Ryan made it known Hill wasn't his personal choice."

"Truth is, I bet the Jets have already moved on from Hill in theory. It certainly wouldn't make sense to overlook a good rookie in the draft with the expectation that Hill will start to produce. Now, if Hill comes to life this training camp? It would be a great asset for the Jets' offense."

If Stephen Hill can find the red zone early in the 2014 NFL preseason, then the Jets may hold on to Hill in hopes that he can add an extra dimension to their running game. However, if things continue to go as they have been -- Hill could find himself on the free agent market sooner rather than later.